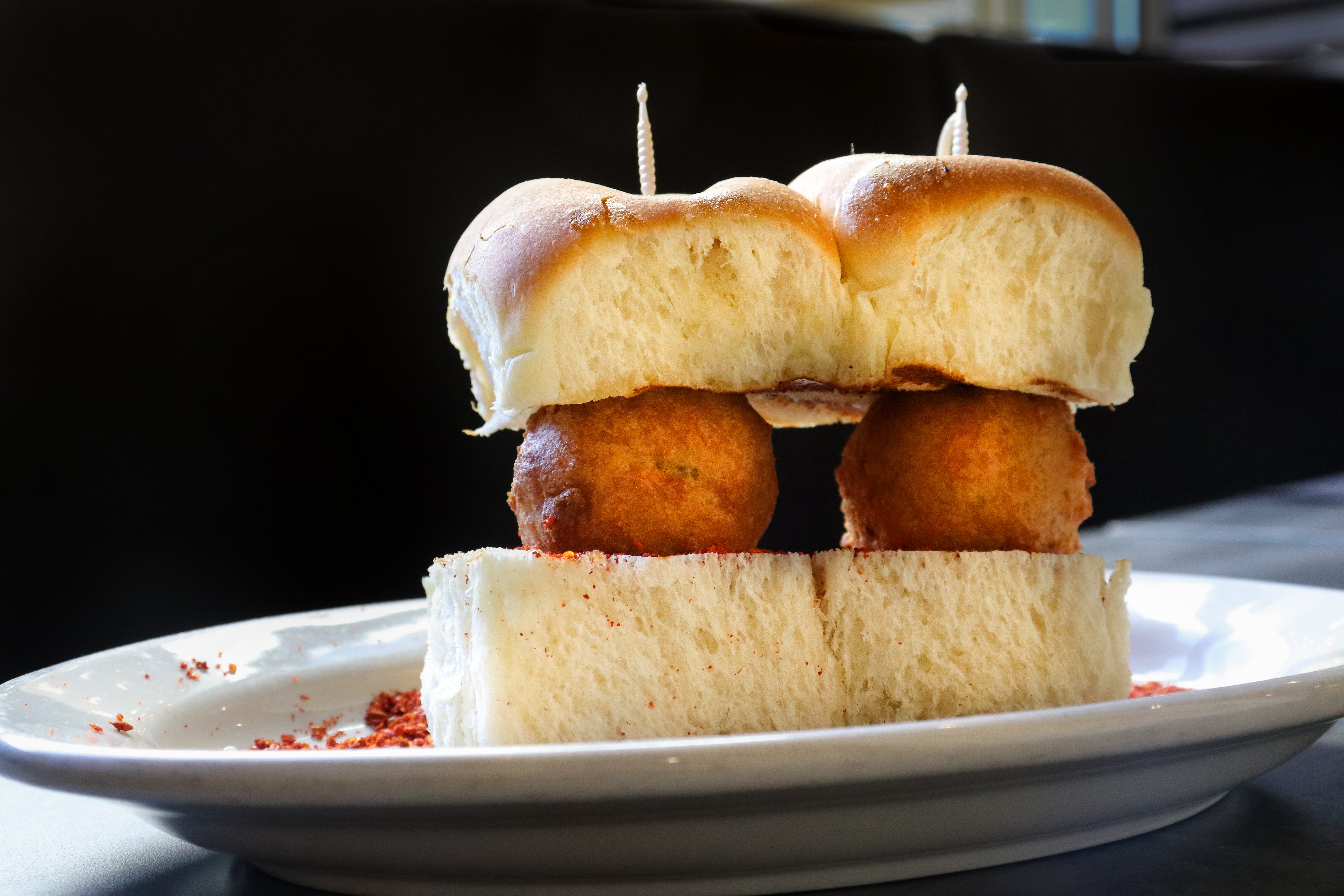 The most common theory of the vada pav's origin is that it was invented in the erstwhile mill-heartland of Central Mumbai. Ashok Vaidya of Dadar is often credited with starting the first vada pav stall outside Dadar railway station in 1966. Some sources credit Sudhakar Mhatre who started his business around the same time.[9] One of the earliest kiosks selling vada pav is said to be Khidki Vada Pav, located in Kalyan. It was started in the late 1960s by the Vaze family, who used to hand out vada pavs from a window (Khidki) of their house facing the road.

The carbohydrate-rich snack catered to the cotton mill workers of what was then known as Gurgaon. This potato dumpling (batata vada) placed inside a pav was quick to make, cheap, and much more convenient than the batata bhaji and chapati combination, which couldn't be eaten on overcrowded local trains.

There are over 20,000 stalls selling vada pav in Mumbai.[14] Mumbai alone has many variations of food based on the locality. Large fast-food restaurant chains such as Kunjvihar Jumbo King in Mulund and Goli Vada Pav also primarily serve vada pav.[10][15] Outside of Mumbai, a variant of vada pav is pav vada which is famous in Nashik.